Fight Them All Together: The Conservative Reaction to the "Ground Zero Mosque"

Why this building, there?

Leaving aside some melodrama – “insane,” “looming horror,” “surrender” – that question sums up much conservative reaction to Cordoba House, a.k.a. “The Ground Zero Mosque,” a project of the the Cordoba Initiative (CI) that last week added the approval of Manhattan Community Board 1 to okays from New York City’s Mayor and Chief of Police. Left unstated is why it’s anybody else’s business, in the land of the free. Why not put up an Islamic cultural center with worship area among the many buildings, great ones existing and much greater ones already under construction, within a two- or three-block radius of hallowed ground?  More important, what would denying permission for the project, and what does seeking that denial, say about us?

It would say that we granted a victory, in America, to the un-American doctrine of collective guilt – a doctrine incompatible with the precepts of the American nation, according to which no one can be pre-judged on the basis of religion or other beliefs.  Rejection of the project would constitute such a victory because consistently, perhaps inescapably, calls to reject Cordoba House have sooner or later rested on the assignment of responsibility to Muslims, in general, for the 9/11 attacks. This pattern should be a cause of concern for conservatives whether the project goes forward or not.

This transference of guilt, from those directly involved onto a diverse and immense global population, and then to the actual sponsors of the project, is often accomplished by rhetorical misdirection, as facilitated by emotional distraction.


Alabama congressional candidate, Marine Corps veteran, and self-styled Tea Party activist Rick Barber begins the above statement (rough transcript here) with an indictment of “Islamic jihadists,” but immediately moves to the general level via the phrase “in the name of Islam.” This “in the name of” construction appears frequently in anti-Cordoba statements: It’s a conventional usage that anyone might employ non-controversially, but acknowledging the obvious – a connection or association between Islam and 9/11, even the implication of some traditional Islamic teachings – is different from establishing the responsibility and accountability of (all) Muslims.

Rather than maintain the distinction, however, Barber erases it.  Following the initial statement on Islamic Jihadists and a second invocation of the in-the-name-of construction, Barber says: “Now Muslims want to build a Mosque just two blocks from where the World Trade Center once stood.” Instantly, the enemy has become not radical Islamists, but “Muslims.” Barber then asks, “When is the grand opening of this Ground Zero Mosque?” His own answer:

September Eleventh, 2011. This is unacceptable.

Many listeners may inwardly respond, “Yes sir!” – and remain ignorant of the CI’s rationale. For the CI, opening on September 11th emphasizes their central message that Muslims, rather than being co-responsible for 9/11, can stand diametrically opposed to Bin Ladenism and its call, announced using scriptural language in the 1998 Al Qaeda declaration of total war, to “fight the pagans all together as they fight you all together.”  The 9/11 terrorists destroyed buildings, killed strangers, and preached and sought the clash of civilizations. The CI is constructing a building, welcoming strangers, and preaching interfaith cooperation and exchange.

Perhaps because Cordoba House itself, or the timing of its opening, is not and will not be citizen or even Congressman Rick Barber’s call, he closes with a demand for broader confrontation:

There is a difference between tolerance and surrender. The word Islam literally means surrender and if we don’t start electing leaders that are able to recognize the enemy, call them by name and stand up against them, then surrendering is exactly what we are doing.

Ironically, even while Barber promises to name “the enemy,” he encourages, or perhaps relies on, ambiguity about his specific meaning. He started with Islamic Jihad, but ends with a strong yet possibly deniable suggestion that “Islam,” and surrender even worse because it’s somehow Islamic, are the problems.

Barber’s blogger allies can be much more direct. Responding to the “super-mosque” “outrage,” Ace of Ace o’ Spades dances around the edge of declaring holy war, but finally loses his balance completey (emphasis added):

Someone truly interested in peace and moderation would not build a temple to the religion that killed 2,996, allowing jihdis [sic] to literally — literally — dance on the unmarked, uncollected remains of their victims.

HotAir Greenroom blogger MadisonConservative gets to collective responsibility more quickly – that is, immediately: His anti-Cordoba piece refers in its title to “Islam” giving a “tremendous middle finger to America.” While the “religion” that Ace refers to only kills, MadCon’s “Islam” is a collective entity capable of both destroying buildings and of constructing them – and of making vulgar hand gestures, too.

Though more polite than Ace, MadCon, and Barber, Rod Dreher works in much the same way.  Having given himself away completely in his title – “A Mosque at Ground Zero? Insane” – he marches through obvious but profoundly incommensurate analogies to Pearl Harbor and the Holocaust, but the core of his argument is a version of that same question we began with:

Of course it is wrong to blame all Muslims for 9/11. But why on earth rub salt in the wounds of the 9/11 dead by allowing a mosque to go in just two blocks from where jihadists incinerated or crushed over 2,700 innocent victims, in service of their faith?

The rambling syntax and nonsensical metaphor (salt in the wounds of the dead) may be symptomatic: In plain English, Dreher, said to have been a direct witness to the WTC collapse, is still angry – with Muslims. He starts out hedging with his concession on “all” Muslims, but in a way that leaves “most,” “practicing,” “authentic,” etc., in play. After that odd bit about the dead and their wounds (time to let them rest?), Dreher the “Beliefnet” blogger ends up close to Ace the South Park conservative by way of the phrase “in service of their faith.” “Faith” stands as an odd word for a fanatic’s belief system – unless you’re asserting an essential commonality between the “jihadists” and the average believer; unless, contrary to your promise, you are indicting the whole religion.

Dreher’s writing suggests a guilty conscience – justifiably, because the assignment of collective guilt is itself an injustice to fellow citizens, fellow human beings, who never harmed or would harm Rod Dreher, or Ace, or Rick Barber.  The tiresome emotional and other excesses of all the amateur anti-imams who gather in the virtual house of anti-Islam, flaunting their adherence to the fundamentalists’ interpretations of the same passages from the same sacred texts, expand the offense.  The symmetry with Bin Ladenism is perfect:  fight the Muslims all together as they fight us all together.

Along just these lines, we this week have Andy McCarthy’s latest anti-Islamist fatwa at The Corner, which begins with a reference to the Obama Administration’s plans to try Khalid Sheikh Mohammed in Manhattan, then, in the familiar pattern, seamlessly connects the terrorist to “very mainstream” Muslims:

That dissent was enough to forestall the trial, but it will have to be even more energetic to stop the mosque — whose construction would be a classic instance of supremacist Islamists building their icons over those of the non-Muslims they mean to vanquish. As I explain in the book, this is not a case of me drawing an inference from the facts we can observe, although those facts are obvious enough. Leading Islamists — not just terrorists but Muslims who adhere to very mainstream Brotherhood ideology — insist that they will “conquer America” and turn it slowly into a shariah society.

That latest book McCarthy mentions has the alarming title The Grand Jihad: How Islam and the Left Sabotage America, but the title of his previous book, Willful Blindness, may apply better:  In terms of conqueror’s icons, just try, for a moment, to imagine how an Islamist or anti-American leftist views the embassy we’ve constructed in Baghdad (“the size of Vatican City”) or Bagram Air Base (“size of a small town”) – as compared to a projected 15-story building in Lower Manhattan. 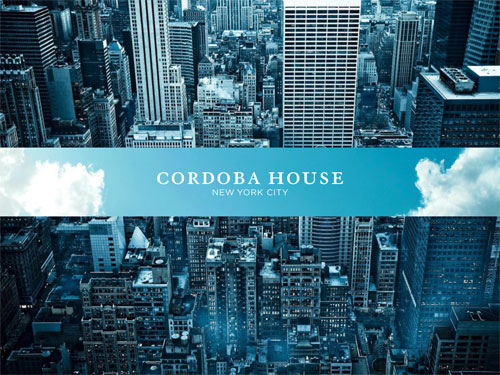 In the meantime, if some group wants, deep down or right out front, to turn America “slowly into a Shariah society” – by organizing, by advocating, by building impressive or maybe-not-really-so-impressive cultural centers in some proximity to symbolically important places – or for that matter if they hope to re-create and extend the medieval Caliphate by peaceful, free, and democratic means, what in the American tradition, in the values to be represented in the 1,776-foot Freedom Tower, could deny them the right to give such an unlikely project the ol’ madrassa try?

“Looming horror,” “insane,” “surrender,” “the religion that killed,” “conquer America”:  Nearing ten years on, and we still act as though terrorized out of our moral presumptions and emotional bearings by Mohammed Atta – by the militant who pretends to have joined the West while remaining secretly beholden to his hatred of the West. Or maybe impatience makes it too difficult to imagine the awesome skyscrapers and massive and luxuriant memorial/museum in and around the WTC site that together should someday dwarf Cordoba House and most other structures in the vicinity.  Either way, it betrays a lack of self-confidence unbecoming to defenders of the American idea to fear the suicide killer, who dies with his irreconcilable contradictions, more than we trust our influence on the millions of his co-religionists who choose to reconcile their contradictions in their real, everyday lives – in private, in public, in American uniform and as allies, and maybe with a building currently set to open its doors on 9/11/11.

Finally, re-assigning collective guilt in the other direction by calling conservatives bigots or Islamophobes cannot be justified either.  If opposition to the Cordoba Initiative has been disproportionate and overly emotional, that would not make it wholly irrational.  There may be good reasons – suspicion regarding project supporters, disagreement with their objectives, concern for some 9/11 families – to oppose “this building, there.”  My position is that these concerns have been exaggerated and manipulated, and are vastly outweighed by other factors, potential harm to the conservative movement not the least of them.  In a real sense, there would be no American conservative movement under the doctrine of collective guilt:   There would only be a culturally defensive right wing, under whatever name, and that would represent a great collective loss to us all.

150 comments on “Fight Them All Together: The Conservative Reaction to the "Ground Zero Mosque"”

11 Pings/Trackbacks for "Fight Them All Together: The Conservative Reaction to the "Ground Zero Mosque""