Dear Israelis, Get over your phobias, and maybe you can still work things out. Sincerely, Prof Dov

It is time for Israelis to realize that not all Islamist groups are the same. While they are all deeply and maybe implacably opposed to Israel, they are not all willing to take up arms against the Jewish state, and some may be reluctantly willing to co-exist with it.

A democratic Egypt, therefore, will not abrogate the peace treaty or go to war with Israel. But, Egyptian policy toward Israel and the Israeli-Palestinian conflict is bound to change.  The Mubarak regime’s policy, which essentially amounted to acquiescence to Israel’s continued occupation and settlement of Palestinian territories, was deeply unpopular among Egyptians. It struck them as fundamentally immoral and as a betrayal of Arab solidarity. A reversal of this policy is surely inevitable.

This is likely to mean an end to Egypt’s cooperation in maintaining Israel’s ongoing blockade of the Gaza Strip, and quite possibly a refusal to continue to support the charade of a peace process between Israel and the Fatah-led Palestinian Authority. How bad would this be for Israel? That really depends on what Israel you’re talking about. It’s certainly bad for ‘Greater Israel,’ that is, an Israel that continues to occupy the West Bank and East Jerusalem and keep the Gaza Strip under siege. But if Israel is willing to end its counter-productive stranglehold on Gaza, stop expanding Jewish settlements, and begin real peace negotiations with the Palestinians-as opposed to pretending to negotiate while simultaneously undermining those negotiations through continued land grabs-then a democratically elected Egyptian government would face a lot less public pressure to oppose Israeli policies.

Israelis should not assume the enmity of the Egyptian public. Although this undoubtedly exists, it is more the product of anger and frustration over Israel’s actions, past and present, towards the Palestinians than the product of ideology or theology (it has also been stoked by the Mubarak regime itself which allowed virulently anti-Israeli and even anti-Semitic ideas and beliefs to be widely disseminated in Egyptian popular culture). As the recent mass protests demonstrated, Egyptians have largely discarded the ideologies of the past-Arab socialism, pan-Arabism, even Islamism-in favor of concrete and pragmatic political and economic demands. This is also true when it comes to their foreign policy attitudes. These attitudes are influenced less by fiery demagogues than by what they watch on TV (especially the popular Arab satellite channels) and read in the newspaper. Accustomed to graphic images of Israeli violence and stories of Palestinian suffering, is it any wonder that Egyptians stridently oppose Israel?

Instead of immediately dismissing Arab public opinion in Egypt and elsewhere as hopelessly and unremittingly anti-Israeli, Israeli Jews should recognize that what Israel does – not simply what it is – shapes public opinion in the Arab world, and in the rest of the world too for that matter. Rather than desperately hope that somehow the rising tide of democratic change in the Middle East can be held in check, Israelis need to seriously think about how they can improve their relations with Egyptians and other Arab publics.  To be sure, this will not be easy to do. Egyptians, like Arabs across the Middle East and beyond, have a very negative view of Israel and of Israeli Jews. More than anything else, Israel’s continuing occupation of the Palestinian territories is responsible for this (but it is not the only factor). By ending the Occupation, therefore, Israelis can make peace with the Palestinians and finally begin to really make peace with Egyptians as well.

Unfortunately, Israelis now seem to be drawing the opposite conclusion. The political upheavals and turmoil in the region are regarded by many as yet another reason not to carry out any risky territorial withdrawals in the future. They are pining their hopes on the military maintaining power in Egypt, whether openly or behind the scenes, and other pro-Western authoritarian regimes weathering the storm of protest they are now facing.

Whether or not real democratization will soon take place in Egypt or elsewhere in the Arab world, Israelis are counting on an unstable and ultimately doomed political order in the region. The era of Arab autocracy is coming to end and the era of Arab democracy is beginning. In this new era, Israel must make peace with the people of the Middle East, not just with their autocratic rulers. Only by doing so can Israelis truly achieve the security and acceptance they still long for.

5 comments on “Dear Israelis, Get over your phobias, and maybe you can still work things out. Sincerely, Prof Dov” 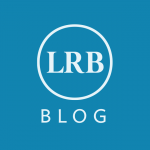 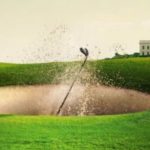