Leading From Behind – The Dish | By Andrew Sullivan – The Daily Beast 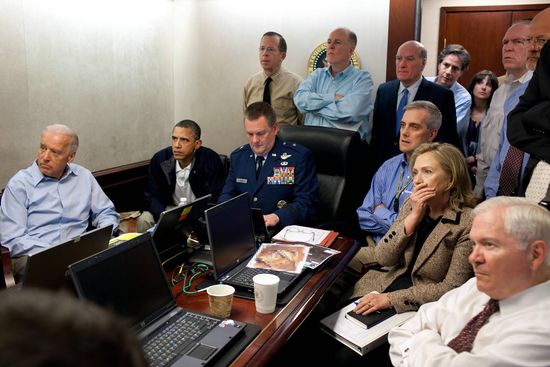 Ezra Klein endorses my understanding of how Obama sees his presidency:

When presidents succeed in presiding over great change, they do so by recognizing an existing opportunity, not squeezing one from the stone of existing opposition. Obama correctly saw that 60 Democrats in the Senate and 240 in the House had cleared the way for health-care reform. Bush realized that 9/11 opened the door for the Iraq War. Clinton understood that the preferences of the Republican Congress and the economic growth of the ’90s created space for a Democrat to balance the budget and reform welfare. Reagan sensed that stagnation had prepared the American people for a radically different economic philosophy. FDR knew to push America’s intervention into World War II by incrementally moving forward with arguments based on new events.

This is temperamental conservatism as Burke would understand it. You peruse the existing intimations, to use Oakeshott’s formula. You guide what’s emerging; you do not impose an ideological vision – like Paul Ryan’s. Again this is why an old school conservative can see a lot of good in Obama. Compare his handling of Iraq and Afghanistan with Bush’s. Bush was pure ideology and achieved modest results only when he dropped the ideology and addressed reality in 2006. Obama has been almost pure pragmatism – militarily and politically – on both. David Remnick says that Obama believes that “the price of getting too far ahead of the majority of the country would be politically ruinous and lead to the election of a conservative Republican”:

At a fundraising dinner in 2008, in Montclair, New Jersey, Obama told one of his favorite stories about F.D.R. (He told the story apropos of the Israeli-Arab dispute, but it also pertains to gay marriage.) Obama recounted how when F.D.R. was confronted by the civil-rights leader A. Philip Randolph about the racial injustices in the country and the need for the President to use his powers and his bully pulpit, F.D.R. said he agreed but he would only take action when he was forced to do so by a popular movement. “Make me do it,” he told Randolph.