We know from Hittite texts that the Luwian kingdoms sometimes formed coalitions powerful enough to attack the Hittite empire. Zangger thinks that 3200 years ago the Luwians did just that and destroyed the Hittite Empire (see map, above).

Shortly after the demise of the Hittites, Egyptian texts document an attack force they termed the “Sea People”. Zangger says it makes sense to view these Sea People as the Luwians, continuing their campaign for wealth and power and, in the process, weakening and destabilising the Egyptian New Kingdom.

The Mycenaeans, perhaps anticipating an attack on their territory, formed a grand coalition of their own, says Zangger. They sailed across the Aegean and attacked the Luwians, bringing down their civilisation and destroying its key cities like Troy – events immortalised in Homer’s Iliad.

On returning to Greece, however, and in the sudden absence of any other threat, Zangger believes the Mycenaeans squabbled and fell into civil war – events hinted at in Homer’s Odyssey. Their civilisation was the last in the area to collapse. 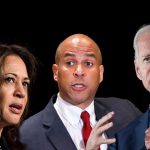